Welcome to the Center for Cognitive Science

Thomas Papathomas was born in 1949 in Kastoria, Macedonia, Greece. He left Kastoria after he graduated from the local high school in 1967, and he received his BS (1971), MS (1972), and PhD (1977) from Columbia University - Department of Electrical Engineering and Computer Science. He was a member of the technical staff & supervisor from 1977 to 1983, and a member of the research staff in the Visual Perception Research Department, headed by Bela Julesz, from 1983 to 1989, all at AT&T Bell Laboratories. He holds 3 U.S. patents, and won the Best Paper Award of the IEEE Transactions on Industrial Electronics in 1986.

He joined Rutgers University in 1989 as an Associate Professor (promoted to full Professor in 1997) in the Department of Biomedical Engineering and is the Director of the Laboratory of Vision Research at the Center for Cognitive Science (RuCCS). His research interests are in human and machine vision, neural mechanisms in vision, image processing, imaging systems, and scientific visualization techniques. He is investigating the mechanisms that underlie the perception of visual motion, stereopsis, texture, and the deployment of attention in vision. In particular, he studies how we perceive a stable world despite the tremendous changes in the retinas’ optic flow produced by self-motion. He works on 3-D multi-stable stimuli, such as the hollow-mask and Patrick Hughes’s reverse-perspectives) because they produce illusions that allow us to study 3-D perception under self-motion. In addition, he is interested in the interactions between science and art. 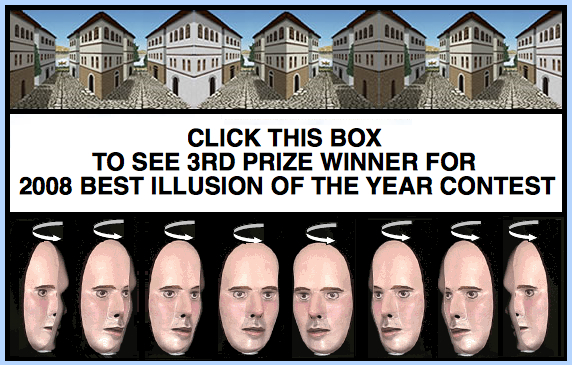 He is the editor-in-chief of Early Vision and Beyond, a volume of interdisciplinary research in psychophysics, neurophysiology, and computational vision, published by MIT Press. With Flip Phillips, they re-published Bela Julesz’s Foundations of Cyclopean Perception. He has designed several exhibits in science museums, and his work was exhibited at the New York Arts Biennial in 1997. He won an award at the 2008 Best Illusion of the Year international contest. He is a member of the Editorial Board of the International Journal of Imaging Systems and Technology, 1993 - present, and is an elected Fellow of the American Institute of Medical and Biological Engineering.

He enjoys poetry, ancient science, etymology, running, as well as music and art of all kinds. He has been married to Georgia since 1976 and has a daughter (Lia), and a son (Alexander, Lia’s “little brother”).