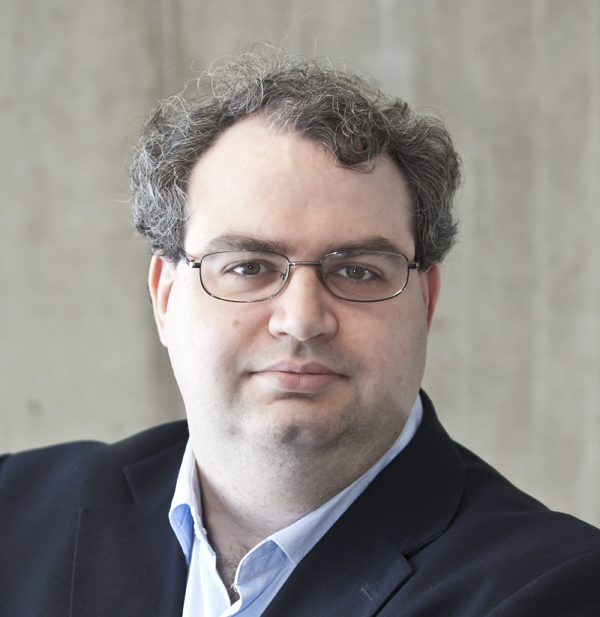 Professor John McGann has been announced as the new Director of the Center for Cognitive Science at Rutgers University-New Brunswick (RuCCS).

Professor McGann earned bachelor’s and master’s degrees in Psychology, followed by a doctorate in neuroscience, all from Yale University. He came to Rutgers in 2009 as an Assistant Professor in the Behavioral & Systems Neuroscience section of the Psychology Department, where he established the McGann Laboratory on the Neurobiology of Sensory Cognition. He was tenured in 2013, promoted to full Professor in 2019, serves as Director of RuCCS as of July 1, 2020.

Professor McGann’s research has leveraged breakthrough neural imaging technologies to explore how the mammalian brain uses its learned expectations about the world when interpreting sensory input. In particular, he studies the human and rodent olfactory system, which exhibits dramatic neuroplasticity in both the nose and the brain when predictive relationships between odors and other events are inferred. Along the way he has become a prominent expert on smell itself, most prominently for arguing that humans have a much better sense of smell than is widely believed (see his paper in the journal Science here). Dr. McGann’s research has been funded by grants from the National Institute on Deafness and other Communication Disorders (NIDCD) and the National Institute of Mental Health (NIMH). He recently completed a term as Chair of the NIH’s Communication Disorders Review Committee.

Professor McGann has received awards from the National Science Foundation, National Institutes of Health, and the Association for Chemoreception Sciences. He has also been recognized by the Rutgers School of Arts and Sciences for his Distinguished Contributions to Undergraduate Education. In non-pandemic times he gives lectures around the world on olfaction and cognition.

The Rutgers Center for Cognitive Science is a preeminent institution for the interdisciplinary study of the human mind. Faculty are drawn from philosophy, psychology, linguistics, computer science, neuroscience, and engineering departments based on a shared passion for rigorous exploration of cognition in all its forms and applications.