(In collaboration with Andrei Gorea)
In both panels the text is: "ONE AIM". To see the hidden text better, use a transparent red or green filter. 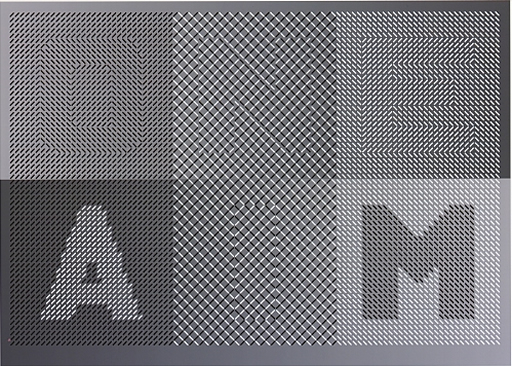 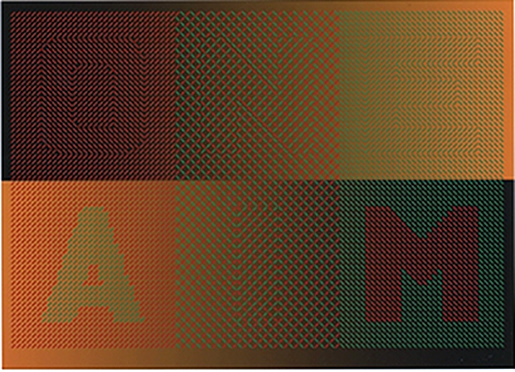 The color image was exhibited in the New York Arts Biennial 1997, Eighth Floor Gallery, New York City , N.Y., October 14-25, 1997, under the title "Now you see it, now you don't; or don't you?" The exhibit, under the title "Thresholds: Limits of Perception", featured works by artists and scientists.